This beautiful store was about to open, and the general contractor was under a tight deadline for completion. When the stone was installed, a problem became apparent with the color only, and they called the manufacturer for advice. Shipping more stone would cause delays and almost guarantee a mismatch to the stone that was on the store already. The quality of the stone itself was flawless, the issue was only with a color mismatch of unknown origin. The manufacturer called our company in as experts on behalf of the project. The last of the stone was in place, and a local media was scheduled to appear at the grand opening to film the building and owners, which created a time crunch as well as a PR crisis. Our VP and nationally recognized stone color expert responded by appearing on site in person with his team in less than 48 hour to set to work getting an exact match for the stone.   Section by section, both interior and exterior stone was corrected back to the originally desired range of colors, and the results were just as sheer and natural as though there had never been a problem at all. TV crews came to the site and filmed a beautiful building, proud owners and management and clients flocked to the new, two level flagship store, the first Goodwill of its kind in the area, and appreciated the stone as an elegant focal point on the store as all originally intended.

Back To Manufactured Stone Gallery 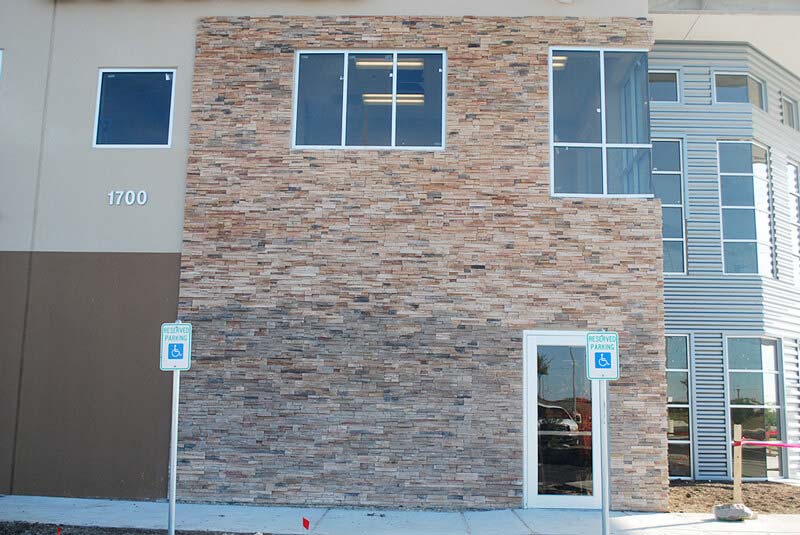 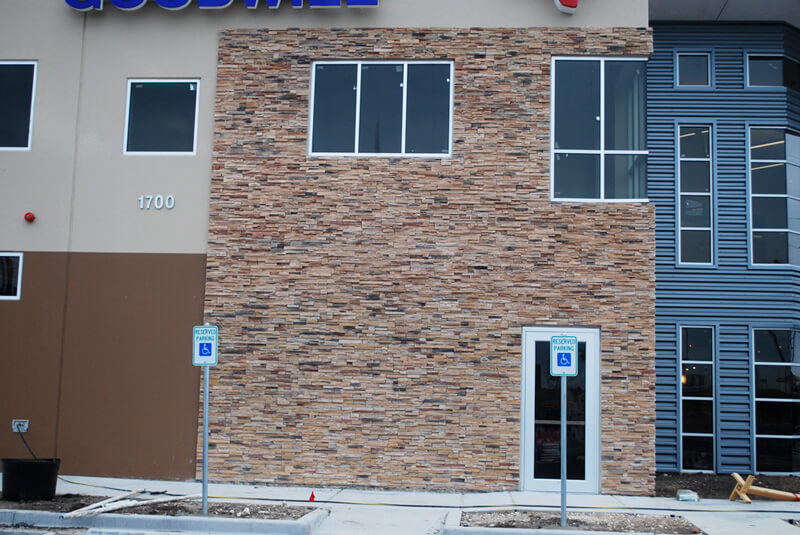 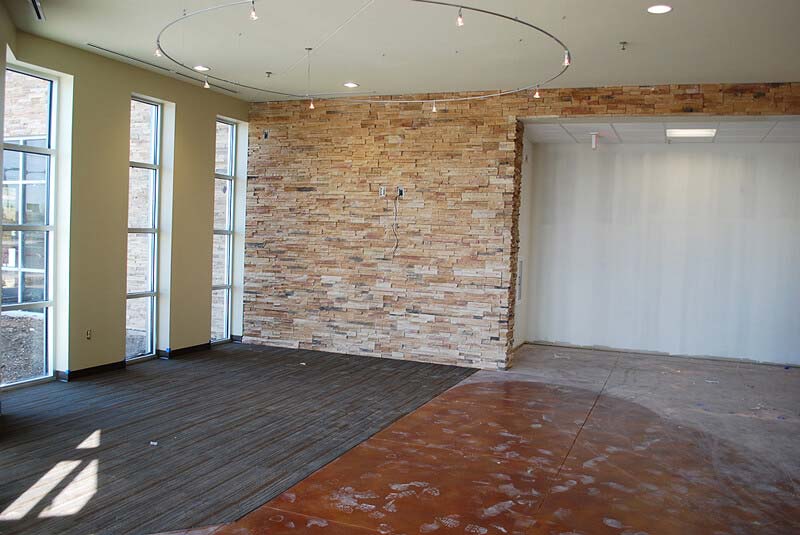 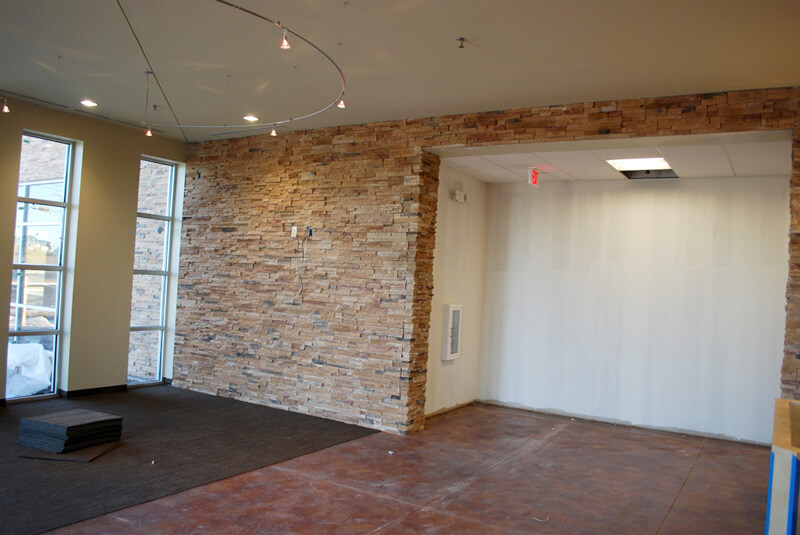 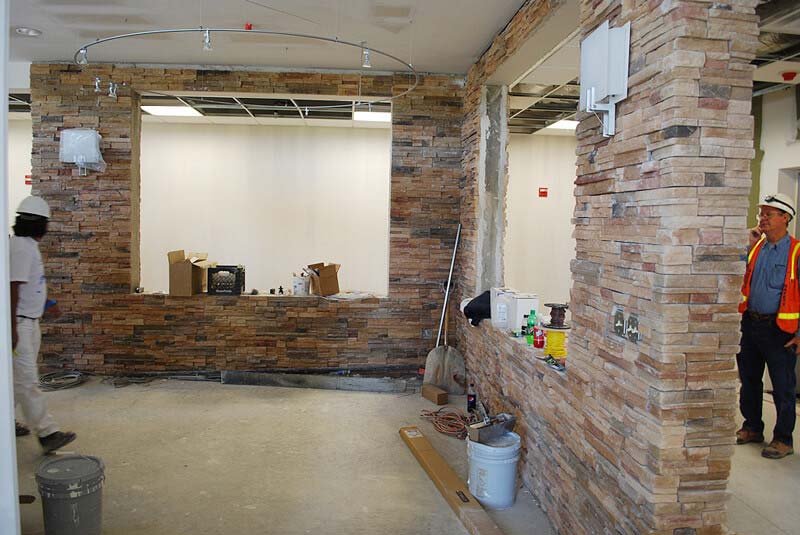 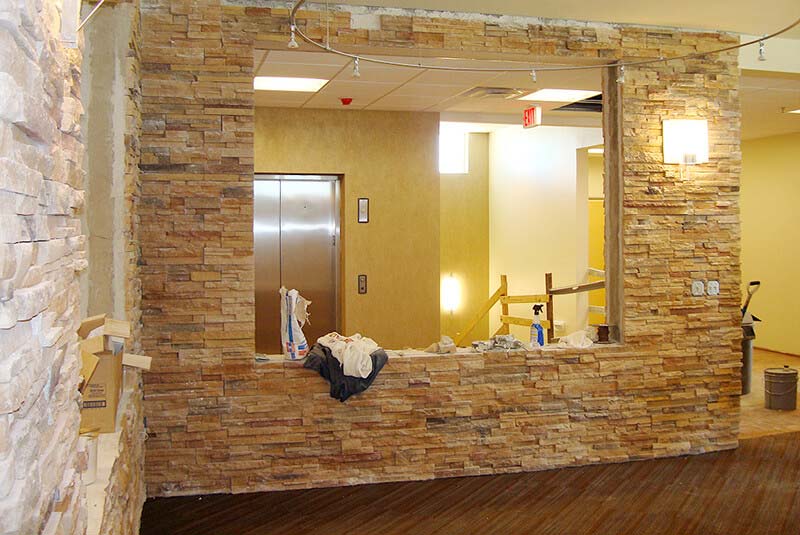 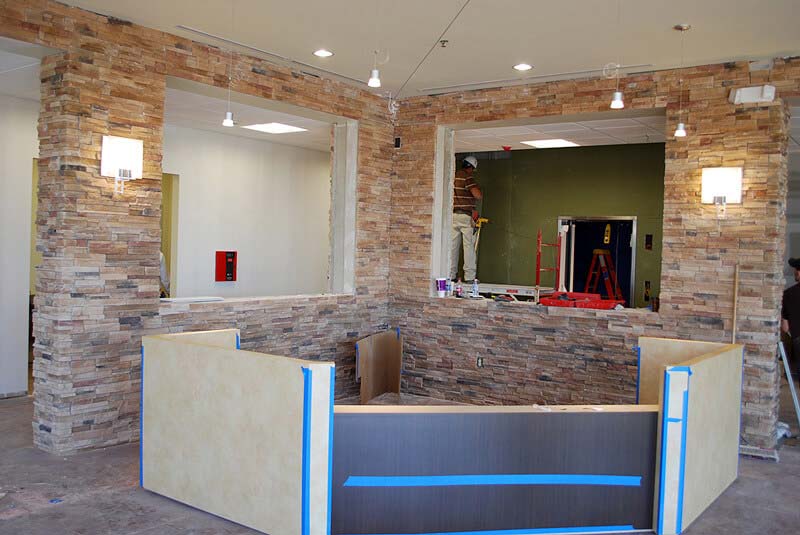 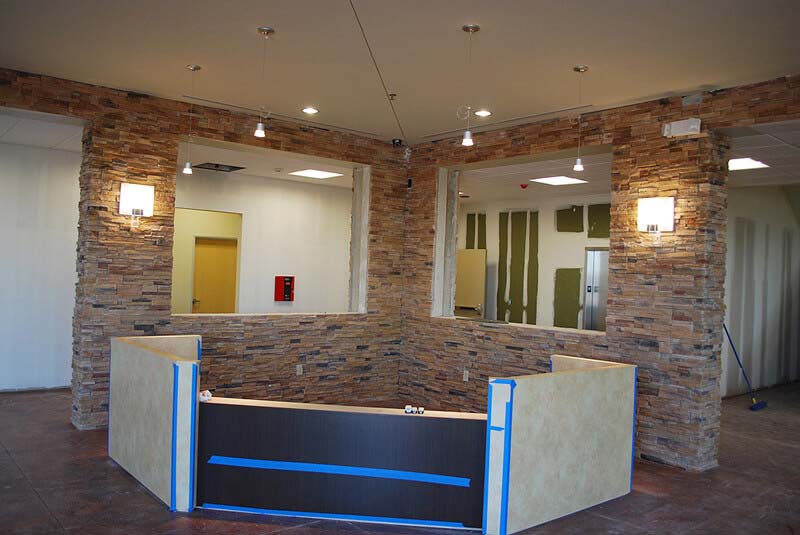 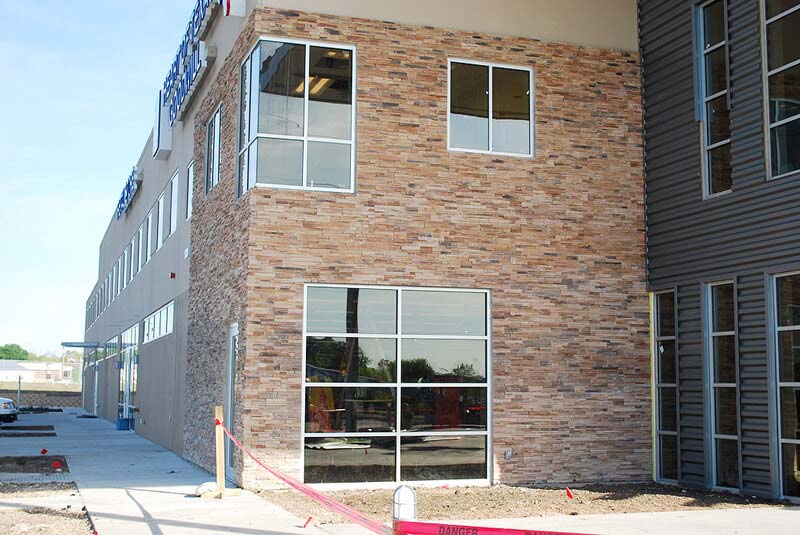 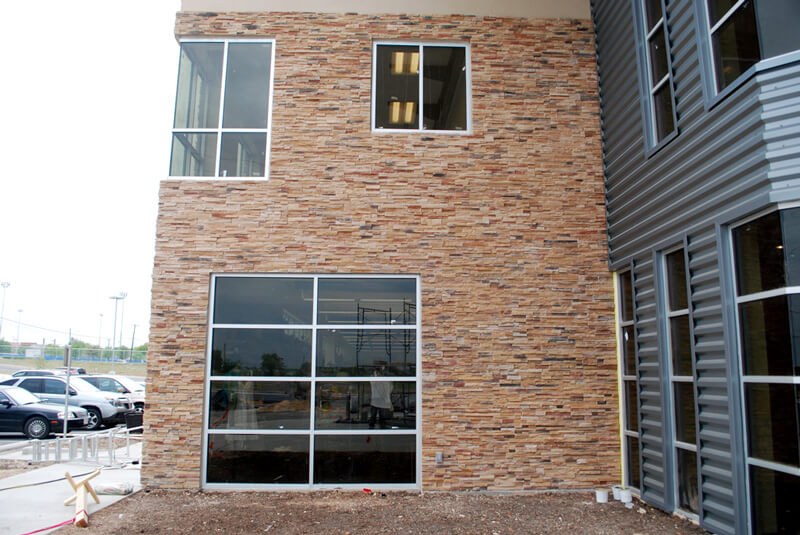